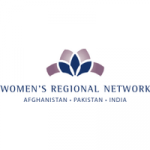 Founded in 2011, the core purpose of WRN is to amplify the voices of unheard, marginalized women, and with them address the interlinked issues of peace, militarization, forced displacements, (in) security, justice, and governance in South Asia. To this end, WRN connects women peace advocates, committed to working collectively within and across national borders and cultures in traditionally conflicted countries. WRN’s pursuit is reflected in its history where its unique Community Conversations have been used to deliver specific advocacy campaigns to ensure grassroots women’s concerns and their voices shape political discourse, policy development, and program implementation which affect them.

Decades of devastating and brutal war have claimed countless victims among the oppressed people of Afghanistan, mainly among the civilian population, with women and children often the primary targets; people have paid the irreparable human, material, and spiritual price of war with their lives, properties, rights, and interests.

With the start of the “negotiations and peace talks between Afghans,” WRN strongly believes the families and relatives of the victims of war and violence should actively participate in this process. Their voices should be heard and concerns should be taken into account in all aspects of the final agreement.

The perpetrators of the crimes should be held accountable, and their sentences should not be suspended; neither should they be subject to statutes of limitation. WRN maintains that peace cannot be realistic and sustainable without respect for human rights, justice, equality, and ending the culture of impunity and violence. Therefore, the negotiating parties should recognize the active participation of victims in the negotiation process, as it is one of the main pillars of sustainable peace. The negotiation process should not lead to the re-victimization of war victims.