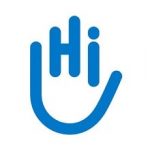 Disability situation and the role of Handicap International in the country: In Afghanistan, Handicap International, in cooperation with the Ministry of Labor, Social Affairs, Martyrs and Disabled Persons, conducted the 2005 National Disability Survey in Afghanistan (NDSA). The prevalence of disabled people identified by the survey is 2.7%, reflecting a population of between 747,500 and 867,100 Afghans (according to the United Nations Population Fund estimates for the Afghan Ministry of Public Health finalized November 2004). This is equal to 1 in 5 households. Disability is a critical problem after decades of war, resulting in communities ravaged by violence, forced migration, malnutrition, lack of health care, etc. Families caring for a disabled family member are more vulnerable and more likely to be bad. A important measure of vulnerability is the proportion of active members in a household. As there are more involved individuals to deal with the challenge, the probability of an incident causing poverty is smaller. For people with disabilities, unemployment rates are consistently higher than for any other population group, 80% of which are situated in countries that have implemented the Poverty Reduction Strategy Paper of the World Bank and the International Monetary Fund (PRSP). Since the 1980s, Handicap International has been present in Afghanistan, initially in Pakistan’s refugee camps and later in 1996 through the development of a national program in Afghanistan. Initially, its work centered on anti-mine behavior particularly in the South and West regions, and physical rehabilitation through the Kandahar orthopaedic fitting and rehabilitation centre. Since then the scope of its work has been increased to include funding for organisations for people with disabilities and the economic and social integration of people with disabilities, including landmines and explosive remains of survivors of war. Today, Handicap International Afghanistan operates in Afghanistan’s southern (Kandahar and Nimruz), western (Herat) and central (Kabul) provinces, thereby covering more than half of the country’s citizens with disabilities. Handicap International in Afghanistan currently operates projects both through local partners and directly, these are managed by about 200 national staff in three locations, two bases (Kandahar and Herat) and Kabul main office. HI works in the following sectors: Disability and Victim Assistance advocacy and awareness Capacity Building of Disabled People and Survivors Organisations Physical rehabilitation and training of Physiotherapists and P&O professionals Inclusive Livelihoods Emergency PSS and Physical Rehabilitation OBJECTIVES OF THE POST Main realisations to be achieved on the project and in the function – information relative to the Project Action Plan or programme strategy (e.g. : post to be taken over by a member of national staff at some point, transfer of activities to a partner, revision of HR policy, development of partnerships, definition of an X-year strategy, etc.). (5 lines) [1] “Disability and Poverty Reduction Strategies”, International Labour Organization, 2002.